The GTO/MHS/Franklin and anything else

I didn't know Ron very well, he was my older brother Jeff's age, but I did know him casually because my brother would sometimes hang out with some of the same guys Ron did. I recall one time that me, Ron, my brother Jeff, Greg West and a couple of other guys were having a few beers and Ron was installing a new intake manifold/carb setup on Greg's stupidly fast red 440 six pack Plymouth 'Cuda....in spite of the beer, Ron got Greg's car up and running. This is also how I remembered Ron's pale green GTO.

I wanted to also share another incident that I remember Ron from, in those days, I drove a blue Mach 1 Mustang which was also no slouch in the acceleration department. Anyway, sometimes I would pull up alongside Ron in his GTO at a stoplight or vice versa and we would do what any red-blooded American kids with fast cars would do, which is of course engage in "just for laughs" stoplight to stoplight races. One time, I pulled up next to Ron on Poyntz Ave., heading into town at the bottom of the hill where the MHS was. I did the obligatory engine rev to get Ron's attention.

Ron responded by doing a VERY smoky "burnout," in which you hold the car stationary with the brake and use the engine's power to spin the rear tires which produces a dramatic cloud of tire smoke if you have a car with a strong engine and hold it back with the brakes long enough. This was funny enough, but what made it downright hilarious (maybe a little mean also) was the fact that there was this poor little old man with a cane crossing the street behind us at exactly the same time Ron did the burnout in the GTO.

This poor old guy was literally engulfed in tire smoke, all you could see was his arm coming out of the cloud of tire smoke, shaking his fist and yelling at Ron. We both took off quickly after that, but I could see Ron was laughing just as hard as I was, neither of us saw the little old guy until it was too late, LOL.

Sheri, I hope you get a chuckle out of this. It's funny, all these years later, you can still vividly recall specific incidents from those days, you didn't even have to know the person very well to still retain the memories of the "good times" in those care free high school days.

When Ron went off to join the navy, we were supposed to take care of the GTO, drive it from time to time, etc. Mom would never ever allow me to drive it, said it would send me to Topeka with just one punch to the pedal! LOL I did eventually drive it, and it did have a lot more get up and go than my Duster
Posted by Sheri at 5:27 PM 0 comments 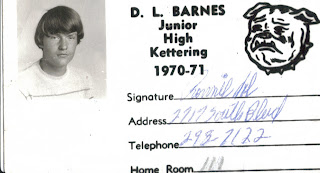 I still have a junior high ID card of Ron's that he gave me when we were in JR. High (Manhattan). I'm not sure why he gave it to me, but I have kept it all these years. I will miss seeing him even if it was every five years. Terry (Yeager) Keller

We moved to Manhattan in 1971. The above ID was from Dayton, Ohio, and I think this was Ron's 9th grade ID from when we attended Dwight L. Barnes Junior High. Terry, thanks for sharing this with me. I had forgotten we had ID's at that school LOL

I've often wondered what happened to some of the kids Ron ran with from Dayton: Joe, Keith, Lee, and so many others whose names escape me now. Lee and Keith were in a band with Ron. Again, practice was at our house. Lee and Keith actually where kids from Page Manor area of Dayton, but continued to hang around with Ron after we moved to South Blvd. in Kettering. I've lots of memories about Page Manor and the "band," but I'll save that for another day.
Posted by Sheri at 7:08 PM 0 comments

Ron in his later years, possibly 2003 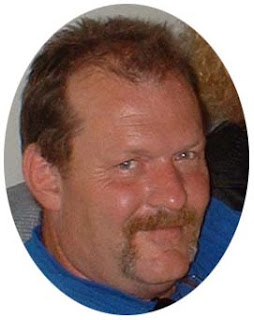 Ron in his 20s photo 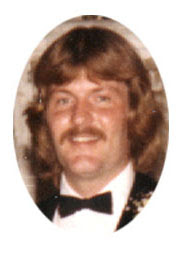 Nancy, this is Ron in his early 20s, I'll do another of him when older in a new thread...I do have photos of him with the GTO but I'll have to scan them to my computer. I'll try to get to that later for you. BTW, if anyone has photos they want to share and can't figure out how to post them, (I am not sure either how others do this), then go ahead and email them to me with your comments and I'll create a thread and post the photos.

My brother Ron was a person who loved music, listening and playing. From a very young age, he drummed. I mean he drummed on the coffee tables, the windows of the car, across my back, the walls, any place that would produce a beat, he found it.

He was given his first real set of drums when he was in grade school. We lived in Arizona at the time, and he was so excited to receive that sparkling red metallic kit. (Santa brought me a Kazoo. Most likely because he knew it was something I could handle.) And within a few weeks, Ron was playing in a real garage band with kids who were in high school. Of course, practice was always at OUR house.

Songs like Little Black Egg With the Little White Specks and Eve of Destruction, boomed from our living room. I'm sure the neighbors where quite pleased. After he played his first gig for a teenage girl's Sweet Sixteen birthday party, he was hooked. From that time on, no matter where we lived, he managed to find a band in need of a drummer. And I never stopped requesting, at least in those early years, my favorite drumming song Wipe Out. He would always groan, but he never failed to play it.

When you think of Ron, bands and his drums, the band Crosswind immediately comes to mind, at least around here, but I recall his very first band. No, not the one in AZ, but the one formed in Dayton, Ohio so many years ago.

The band consisted of two people: Ron who was 9; and me, I was 6. We had just returned from a family night out at the Ice Capades. My mom and dad, as well as my Aunt Alpha and Uncle Herman were gathered in the living room, a true captive audience, while Ron and I played our own rendition of the song HANG ON SLOOPY.

Pencils served as microphones as well as Ron's drumsticks, and the bottom of a small mental trashcan provided the beat. Each of us had donned our cherished Beatle wigs and we bopped and jumped and twisted, our wigs sliding first forward, and then backwards as we played and sang our little hearts out.

It's a very fond memory, and one I will always cherish.

A few facts about HANG ON SLOOPY:
http://www.songfacts.com/detail.php?id=3901


"We never truly fade away as long as we are remembered."
Posted by Sheri at 11:07 AM 4 comments